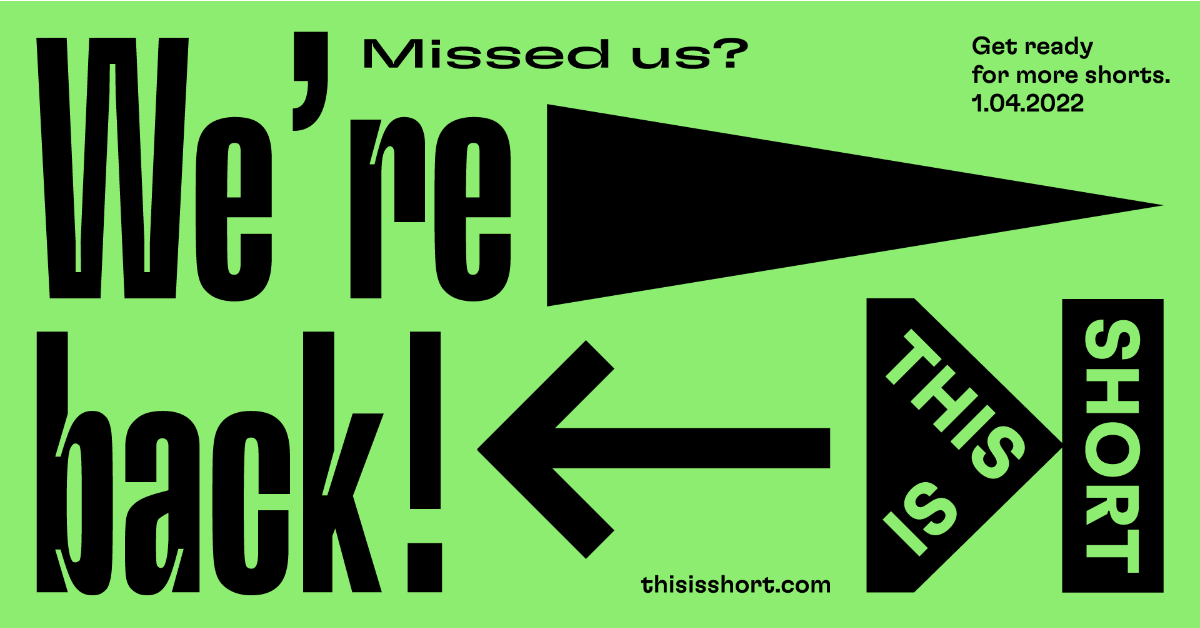 THIS IS SHORT goes online on Friday and its second round will be active until June 30. This year’s program highlights include the online short film competition New Point Of View with 23 entries from 18 countries and the Four Perspectives section on the theme of Movements.

>I NEW POINT OF VIEW – The second edition of the European online competition will present 23 films from countries like Switzerland, Belgium, Finland, Romania, Portugal, Austria, UK or France to name a few. Each short will be available for 7 days, appearing on the platform one after another, starting with The Eternal—an exceptional work from Pink Twins, electronic musicians and artists Juha and Vesa Vehviläinen, based in Helsinki, Finland, where they distort the views of Chinese classical gardens with a crystal-like kaleidoscopic tunnel, adding a psychedelic layer to ancient harmonic panoramas. It will be followed by 22 films, all under 20 minutes, selected by the ESFN member festivals. NPOV winners will come back to the platform at the end of June.

>I MEET THE JURY – All New Point Of View entries will be judged by the professional Jury, consisting of members of the film industry: Natalia Sielewicz – curator at Museum of Contemporary Art in Warsaw, Poland, specializing in the intersection of video art, technology and performative studies; Việt Vũ – a Vietnamese-born filmmaker and film critic known for his series of audio-visual works on queer themes and memories of marginalized communities; and Robin Curtis – a film theorist, critic, media scholar and Chair of Media and Cultural Studies at the Albert-Ludwigs-Universität Freiburg in Germany.

>I FOUR PERSPECTIVES – A series of four film programs, each curated by one of the four festivals and connected by one theme. In 2022 the focus is set on Movements: both within a broader, metaphorical spectrum and in more literal perception. While the world stands still, coping with the ongoing pandemic, people find a way to keep things alive by pushing boundaries and preventing themselves and their reality from becoming quiescent. The programs will tackle changes, shifts and tangible movements from the limits of the human body, to heavy transport and the shifting of tectonic plates and make screens shake, dance and swing. Each program will be available for three weeks.

>GET YOUR PASS TODAY! – Full access to THIS IS SHORT between April 1 and June 30 can be purchased with one of two passes: the THIS IS SHORT PASS for film enthusiasts for 20 euro, or the THIS IS SHORT INDUSTRY PASS for 25 euro. Both types of passes offer access to more than 120 shorts, with new films uploaded every week, carefully curated programs & top-class film selections, the European online competition New Point Of View, the Four Perspectives section on the theme of Movements, more than 80 short cinematic gems in the Festival Favorites section presented in thematic pairs, and the online platforms of the four festivals during their online festival dates: Go Short (1-10.04 Nijmegen, NL / 1-20.04 online), International Short Film Festival Oberhausen (30.04-3.05 online / 4-9.05 Oberhausen, DE), Vienna Shorts (25-30.05 Vienna, AT / 25.05-30.06 online) and Short Waves Festival (14-19.06 Poznan, PL & online).

Moreover, the THIS IS SHORT INDUSTRY PASS additionally grants access to contact details of all selected films and to the video libraries of the aforementioned four festivals as well as content restricted to film professionals and to industry activities on the respective film festivals’ own platforms during their online festival dates.

Pass sales opened on March 21 and will be open for the entire duration of the event until June 30, 2022.

THIS IS SHORT is developed in collaboration with ThisWayUp, designed by Uniforma and supported by the Creative Europe Program – MEDIA of the European Union.