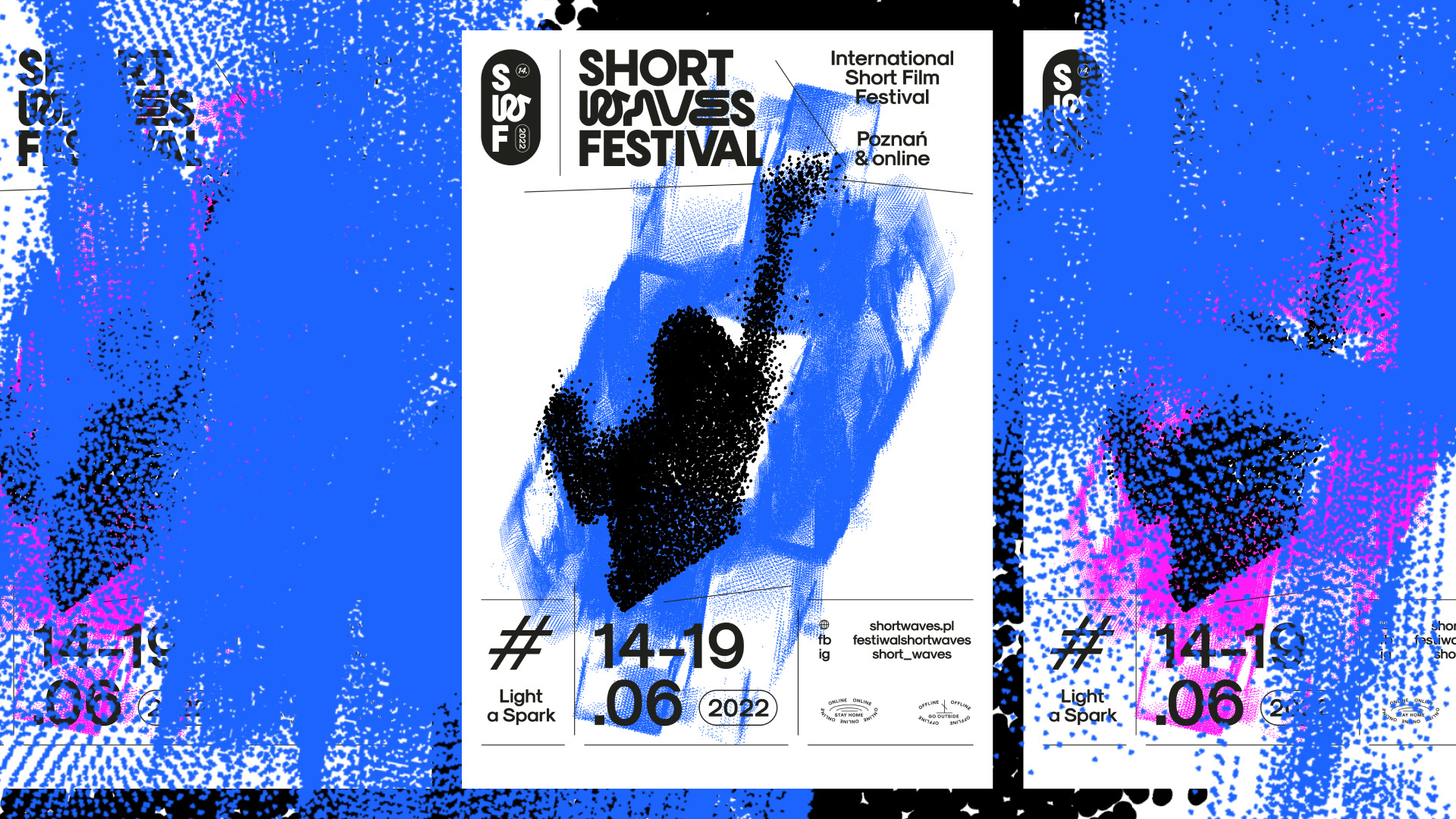 Short Waves Festival will come back in less than two months between June 14-19, 2022, for its 14th edition and Poznań, Poland yet again will become the capital of short cinema! We are proud to present an official visual identification of the 14th Short Waves Festival! 2022 edition will be accompanied by the theme Light a Spark / Wystarczy iskra. It is our manifesto, our drive, our inspiration to move beyond the beaten path, a catalyst for change, or more so – a new beginning also in the context of film. Sometimes it only takes a spark, a tiny flicker really, to reveal immense amounts of cinematic expression and talent, inspire to act, rebel, fight for ourselves and others, and defend the principles of one’s independence and freedom.

Short Waves Festival for us is not only a celebration of cinema, filmmakers, and audience, but also a platform for dialogue on the ever-changing world, accountability for decisions made, as well as their consequences. More so, in the light of recent events, we want to ignite the spark in others, give a voice to the ones who have been left voiceless for a variety of reasons and hope that together we can change our reality, our future.

The author of this year’s festival visual identification is Mateusz Lengling – a painter, graphic and visual artist. He deals with graphic design, painting and 3D and designs, among others, music album covers, posters, illustrations, and visual identifications. He is the author of many award-winning projects, including being the finalist of the prestigious 30/30 competition for the best Polish album cover, organized in Poznań on the initiative of the outstanding Polish graphic artist Rosław Szaybo. You can get acquainted with the works of Mateusz via Behance, or his website.

14th Short Waves Festival will be held between June 14-19, 2022, in Poznań, Poland & online. 6 festival days of June means almost 100 cinematic events spread within its festival’s host city of Poznań and nearly 300 films with 89 in competitions alone (International Competition, Polish Competition Polish Experimental Film Competition, Urban View Competition focused on architecture, design city and its residents and Dances with Camera focused on dance, movement and body expression caught in the watchful eye of the camera). The festivalgoers will also enjoy the unconventional screenings such as Horror, Musical or Queer Shorts; a focus segment presenting this year the cinematography of Romania or the review of shorts nominated for prestigious awards (BAFTA, Oscars, European Film Awards) among others; a brand new section Long Story Short showing full-length films as well as less known shorts of renowned directors like Pedro Almodóvar and Luca Guadagnino; audiovisual and music events, and reaching beyond the screening rooms: open airs, clubs, art galleries or Poznanian’s private gardens known as Random Garden Cinema – the original series by Short Waves Festival, where the location is kept secret until the very end, and the shows are embellished with a unique atmosphere of an intimate garden party with a set of films, snacks and a specially prepared visual setting.

The full program of the festival will be announced in mid-May. Accreditations and tickets will be on sale soon!

Short Waves Festival is organized by the The Foundation of Cultural Education Ad Arte based in Poznań, Poland and co-financed by the City of Poznań, the Marshal’s Office of the Wielkopolska Region and the European Union in the frame of the Creative Europe – Media program.