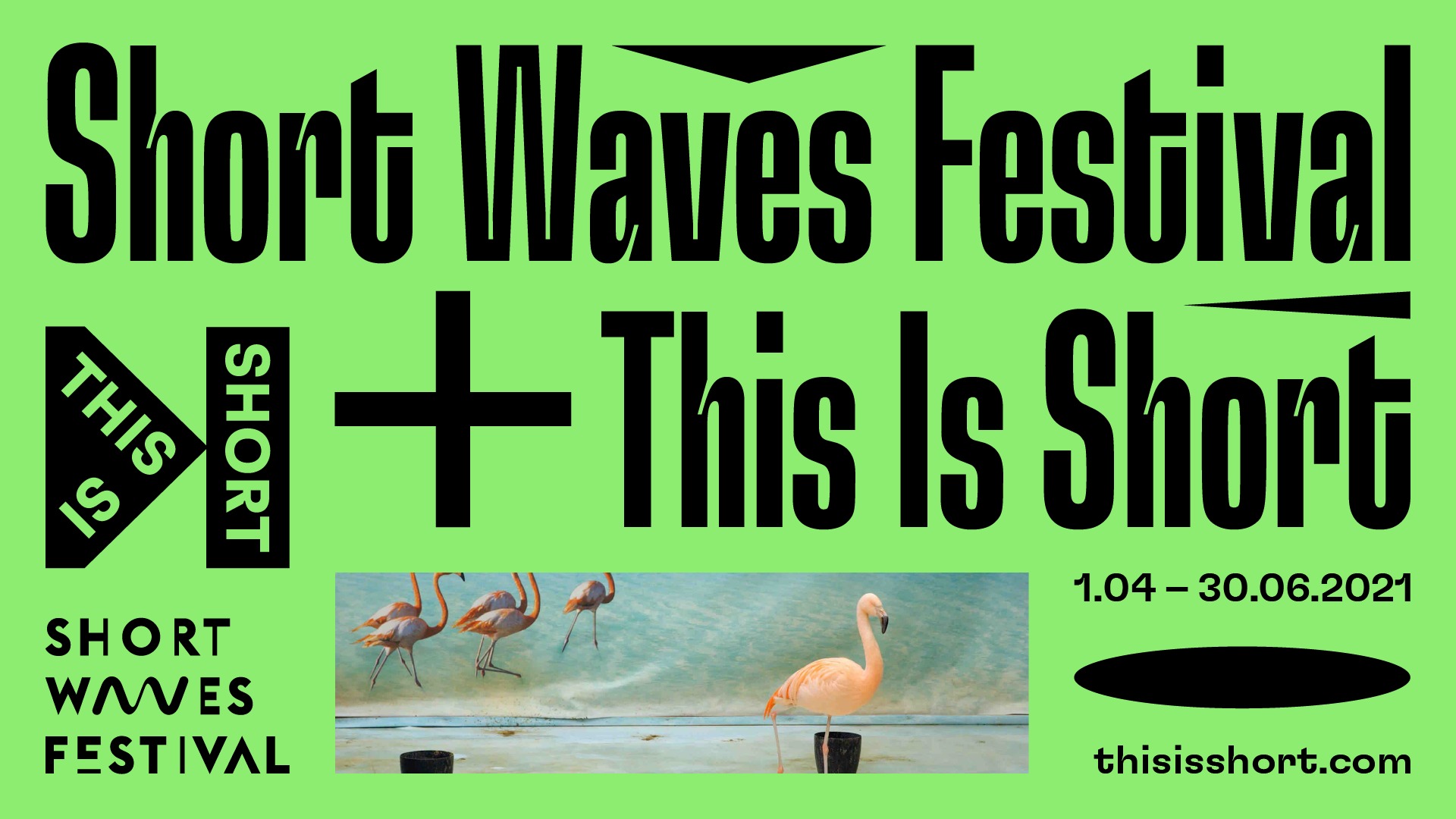 THIS IS SHORT opens its gates on April 1: More than 30 films online on the first day

On April 1, THIS IS SHORT — the joint platform of the four short film festivals Go Short (NL), International Short Film Festival Oberhausen (DE), Vienna Shorts (AT) and Short Waves (PL)—opens its gates with more than 30 short films available in the six program sections, including the first entry in the NEW POINT OF VIEW competition. Through June 30, the platform will offer new films daily, providing a unique opportunity for festival lovers and cinema enthusiasts to get a condensed look at the best of recent European short film production.

The first entry in the NEW POINT OF VIEW competition, the first FILM OF THE DAY, several programs of recent short film highlights from Poland and Austria in the EUROPEAN VISIONS section, the first FESTIVAL WINDOW, opened by the International Short Film Festival Oberhausen, and the first part of the FOUR PERSPECTIVES section, curated by Go Short, will all be waiting for THIS IS SHORT pass holders on April 1 when the platform goes active. Among the first offerings are prize winners and discoveries coming from, among others, Austria, Croatia, France, Germany, Italy, the Netherlands, Poland, Switzerland and Ruanda. And just seven days after the launch, Go Short will be the first member of the network (ESFN) to offer access to films of this year’s festival selection.

>I NEW POINT OF VIEW – The new European online competition, the first ever organized by four festivals together, starts with New Gods (Les Nouveaux Dieux), a French/Swiss co-production by Hubert Girard, the story of an “incel” internet user, told from the unusual perspective of an algorithm. The film will be online for 84 hours, every viewer on THIS IS SHORT can award points for the audience prize in this competition. It will be followed by 22 more films, all under 20 minutes, all nominated by the ESFN festivals. Next in line, to go online on April 4: The Polish production Home in a shell (Dom w skorupce) by Renata Gąsiorowska, an animated take on the bubbles we have locked ourselves into and the media we gorge on—and their effect on us.

>I FOUR PERSPECTIVES – In a series of four combined film programs and talks, the festivals will address a topic that is more relevant than ever today: solidarity. Each festival will offer a different perspective, the series will start with a program on intergenerational solidarity, curated by Go Short with regard to the pandemic. “The past year has definitely put intergenerational solidarity to the test, asking the young to limit their personal freedoms to protect the old,” reads the program text by the festival. “At the same time burning matters like the climate crisis require action from all of us if we want to show solidarity with generations that are yet to be born.” The film program contains five shorts dealing with problems as well as heartwarming examples of solidarity between age groups. An accompanying online talk will address the issue in the context of art and filmmaking.

>I FILM OF THE DAY – This section presents festival winners from the past 15 years and opens with the Dutch production Listen (Luister) by Astrid Bussink, a multiple award-winning film about a child helpline in the Netherlands. The film is followed by Non-euclidean Geometry (Neeuklidinė geometrija), a Lithuanian animation by Skirmanta Jakaite and Solveiga Masteikaitė on the incomprehensible laws of love. FILM OF THE DAY is an invitation to revisit early works by well-known directors and discover new talent, all awarded by the four festivals, with each film available for 24 hours.

>I FESTIVAL WINDOWS – Film festivals are windows on the world. Therefore, thirteen renowned film festivals are offering insights into the variety and diversity of the European short film and festival landscape. The International Short Film Festival Oberhausen begins on April 1 with a selection of six highlights and prize winners of the past three years—from animation through documentary and experiment to short feature. Each program will be online for one week. Next in line are the Uppsala Short Film Festival (SE), the Short Waves Festival, Dokufest from Kosovo and Vienna Shorts.

>I EUROPEAN VISIONS – A section dedicated to successful productions from the Netherlands, Germany, Austria and Poland, which also includes a look at the qualified films for the 2020 European short film awards. EUROPEAN VISIONS opens with showcases of Austrian and Polish productions, provided by the Vienna Film Academy and Munk Studio. They will be followed, from April 4, by a Dutch showcase and, from April 5, by the first of eleven weekly pairs of EFA candidates. The highlights will be available for different periods, depending on the legal situation in their respective countries.

THIS IS SHORT not only offers a wealth of unique content, but was originally created primarily as a joint access to the online offerings of the four festivals of the European Short Film Network. The first festival in the series is the Netherlands’ Go Short, which launches April 8 and will make several dozen films from the current festival lineup available through April 25. This includes their country of focus this year: Croatia! In three themed programs around animation, strong women and life along the Mediterranean coast you can see a selection of the best Croatian cinema from the past and present. What else to look forward to? Films by Jennifer Reeder (A Million Miles Away, April 3), Nicolas Provost (Stardust, April 7) or Ruben Östlund (Incident by a Bank, April 9) in the FILM OF THE DAY section, for example. Or, of course, a film by avant-garde hero Peter Tscherkassky, aptly titled: Coming Attractions (April 15).

Full access to THIS IS SHORT and the four festivals’ online editions can be purchased with one of two passes, the THIS IS SHORT PASS for film enthusiasts for 25 Euros, or the THIS IS SHORT INDUSTRY PASS for 30 Euros, which also grants access to contact details of all selected films and to the joint video library of Go Short, International Short Film Festival Oberhausen, Vienna Shorts and Short Waves as well as professional content and industry activities on the respective film festivals’ own platforms during their online festival dates. Pass sales will be open as long as the platform remains active.

>I THIS IS SHORT will be active from April 1 to June 30, 2021, and is powered by the European Short Film Network (ESFN), founded in 2018 by the four festivals. Its goal is to provide one access to four film festivals and create a unique online festival experience, providing hundreds of films hand-picked by the programmers of the four festivals.